Departures of Police Officers Accelerated During a Year of Protests

Retirements nationwide were up by 45 percent and resignations by 18 percent in the 12-month period ending in April.

Police departments face severe challenges in retaining and recruiting officers, according to new data outlining the steady exodus from an occupation that was the target of protests last year after several high-profile police killings.

“We have lost about one-third of our staff to resignation and retirement,” said Chief David Zack of the Asheville Police Department in North Carolina — more than 80 officers out of a full complement of 238. “Certainly with the way that police have been portrayed and vilified in some cases, they have decided that it is not the life for them.”

Those reductions in Ashville echo a nationwide trend. A survey of about 200 police departments indicates that retirements were up by 45 percent and resignations by 18 percent in the period between April 2020 and April 2021, when compared with the preceding 12 months. The percentage of officers who left tended to be larger for departments in big or medium-size cities, according to the Police Executive Research Forum, a Washington policy institute that will release full data next week.

“It is an evolving crisis,” said Chuck Wexler, the organization’s executive director.

Last year’s departures came against the backdrop of protests that erupted nationwide when George Floyd was murdered by a Minneapolis police officer, along with the police killings of Breonna Taylor in Louisville, Ky., and Rayshard Brooks in Atlanta. The aggressive tactics some officers used against protesters often compounded the vitriol against the police.

The future of policing was called into question, with demands to defund departments or to assign some of their tasks to civilian agencies. The coronavirus pandemic also took a toll, with cities slashing budgets and some officers deciding that risking their health through potential exposure to the virus was endangering their families. The pandemic also brought a surge in the most violent crimes.

“It is an extremely difficult time to be a police officer,” said Maria Haberfeld, a professor of police science who trains police officers at the John Jay College of Criminal Justice in New York.

Seattle ended up with 150 fewer patrol officers than expected, and for months, only slightly more than half of the highest-priority 911 calls have drawn responses within the targeted time of seven minutes, according to police statistics.

Many cities are also finding it harder to attract recruits, with the number of new hires in Portland falling to 30 from 69, and in Seattle to 44 from 119.

After skipping any police training last year for budgetary reasons, St. Paul, Minn., received 178 applications this year, down about half from the 366 received in 2016, said Sgt. Natalie Davis, a police spokeswoman.

While the city is authorized to have 620 police officers, it has about 580 at the moment. That means the department has moved officers onto patrol duties from specialized units like those that track drugs, gangs and guns, Sergeant Davis said.

There is widespread consensus that another reason retention has suffered is that police officers are asked to do too much. In addition to confronting crime, they also deal with mental health problems, addiction and homelessness, as well as the occasional lost dog. Body cameras and bystanders’ cellphones, which increase the likelihood that officers will be held responsible for misconduct, put them under high levels of scrutiny.

“We have asked too much from police, and it has caught up with us nationally,” Chief Zack in Asheville said.

He and others noted that the police had gone through similar periods of crisis and low morale before but that the challenges of the past year had been more sustained.

Some police agencies are responding by trying to widen the pool of applicants, in some cases using federal dollars from the American Rescue Plan to buttress their efforts.

The New York Police Department recently waived its $40 registration fee for people who want to take the police test, officials said. In April, applications jumped by about a quarter, with 14,502 people signing up.

Some cities lowered the amount of college education recruits needed, while Allentown, Pa., proposed that a ban on recruits who had used marijuana up to three years before be reduced to one year.

Police officials and experts said the changes could present an opportunity for departments to focus on what kind of men and women become officers at a time when there is widespread public support for change.

“It is not necessarily a bad thing to have to rethink who you want to be a police officer,” said Philip M. Stinson, a former officer who is now a professor of criminal justice at Bowling Green State University in Ohio. 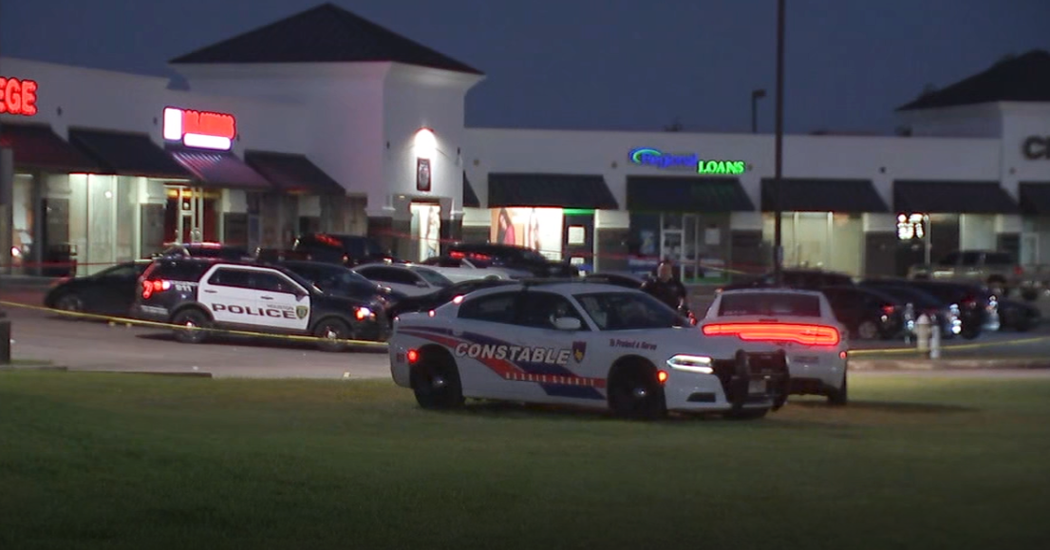 Guantánamo Bay Cemetery Offers a View of the Base's History